When the prices of the most expensive cars in the world are mentioned, you naturally feel this strange chilly wind blow by, making you experience “Phantosmia of Money”. With the current cream de la crop costing a dubious $19 million, equivalent to a whooping ₦6.9 billion. These are statement cars, which can only be afforded by a select few and sometimes by those specifically selected by the manufacturers of these money beasts.

Let’s see what each of these extravagant cars has to offer and why they cost so much, starting from the “cheapest”:

The Koenigsegg CCXR Trevita is one of the rarest concept cars built by Koenigsegg Automotive, with just 2 units constructed so far. It is known for its exclusive finish called “Diamond Weave” – a special white carbon fibre coat that sparks like thousands of tiny diamonds under the sun rays. 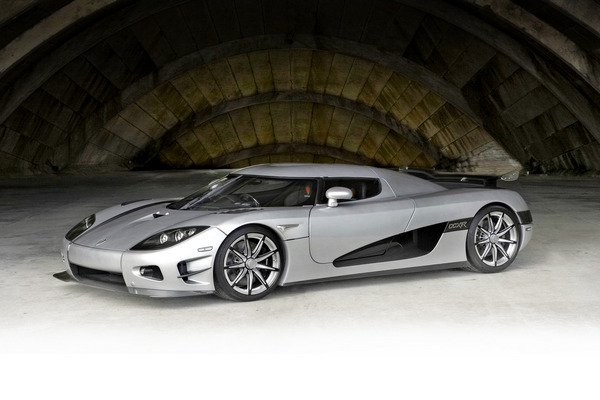 The original plan was to build 3 units – which is enough to keep it exclusive, but it is too difficult and time-consuming for Koenigsegg to produce the white carbon fibre, so they were able to make only 2 units of the CCXR Trevita eventually. One of the only two owners is reportedly legendary boxer Floyd Mayweather. 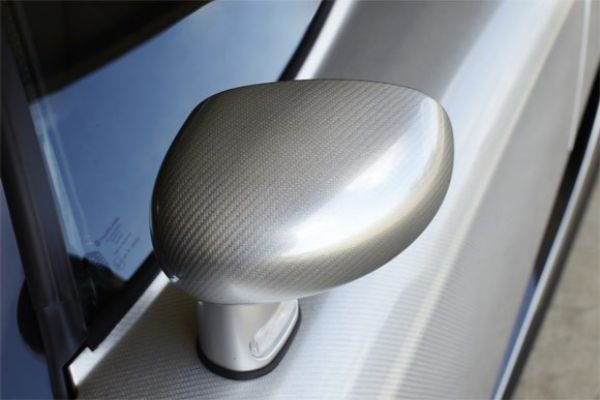 A closer look at the Koeniggseg’s exclusive finish “Diamond Weave”

The Koenigsegg CCXR Trevita is built with a 4.8 Liter Koenigsegg aluminium V8 engine accompanied by a Double Rotrex centrifugal supercharger that delivers an astonishing 1018 hp and 796 lb-ft torque at 5600 pm. It can catapult from 0-62m in 2.9 seconds before reaching a top speed of over 410km/h.

In a bid to test the performance limit of its world’s biggest tyres of 23″ – Carat Exelero, the renowned German tyre manufacturer Fulda ordered Mercedes-Benz to build a very big trial car that can fit the giant tyres and rims. This project gave birth to the one-off supercar known as the Maybach Exelero. 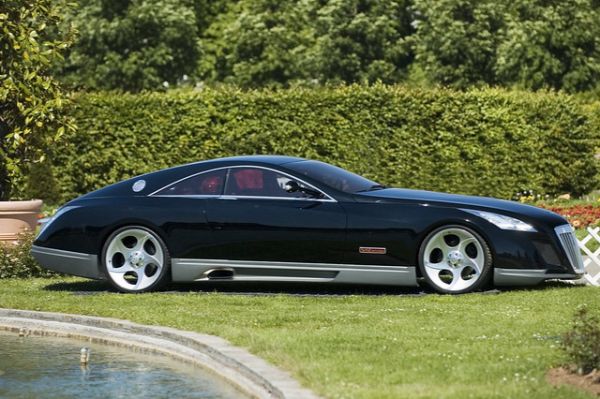 Costing a whopping $8million (~₦2.9 billion), close to the GDP of a small island nation, the Maybach Exelero was once the costliest car in the world until the Bugatti Centodieci dethroned it. There have been unconfirmed reports on the true owner of the Exelero, but rumours point to American rapper Jay Z who featured the car in his music video “Lost One”. 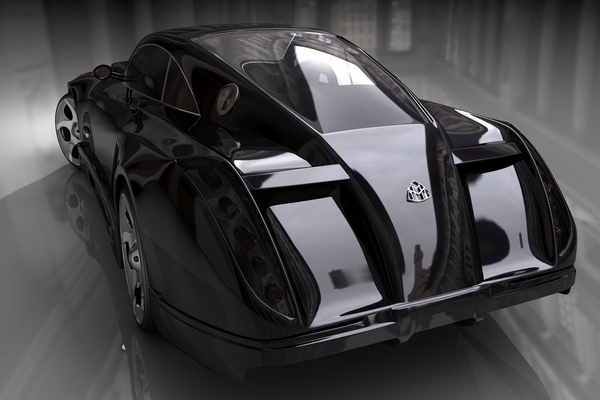 Meant to extensive test the new tires performance limit, the Maybach Exelero is tweaked to reach a top speed of 218 mph. It delivers 690 hp and about 752 lb-ft torque with a 5.9-litre dual-turbocharged V12 engine. The Exelero clocks the 0-62 mph in just 4.4 seconds – quite impressive for a curb weight of 5864 lb.

Centodieci means 110 in Italian. Bugatti Centodieci is built to pay homage to the EB110, a production car that helped revive the dying Bugatti brand in the 1998 bankruptcy. The Bugatti Centodieci will have only 10 units built and cost an amazing $9 million, or ₦3.6 billion. All of the mere ten units have been ordered already and will be delivered beginning in 2021. 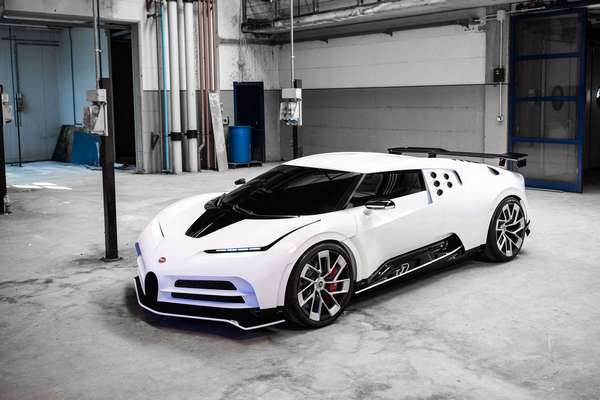 The Bugatti Centodieci owes so much to the Bugatti Divo, with a similar powertrain that delivers 100 hp more, reaching 1600hp. Its 8.0-litre quad-turbocharged 16-cylinder engine propels this machine to a top speed of 236 mph, clearing the (0-62) mph in about 2.4 seconds.

Rolls-Royce Sweptail was a special project requested by a client as an accompanying vehicle for a superyacht. The design of this super expensive bespoke car is a collaboration between Rolls-Royce and the Sweptail customer, which is extremely rare for such a luxury car marque like Rolls-Royce. It is hand-built for a total of 4 years. You can see the details of the Rolls-Royce Sweptail here! 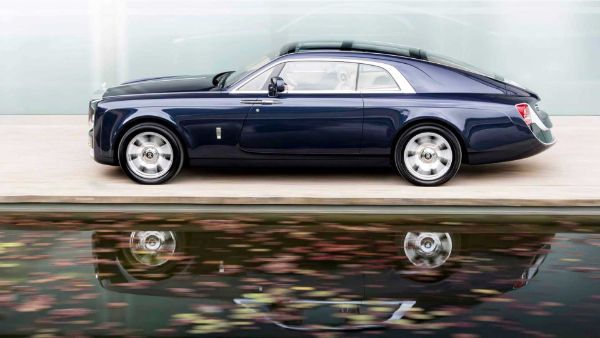 And can you believe it, the whopping price of $13 million (₦4.73 billion) hasn’t been decided when the Sweptail was ordered? Instead, the manufacturer made the car with thorough customization as required by the customer and stated the total cost at the delivery. But it seems that the price is not a problem for the loaded owner. 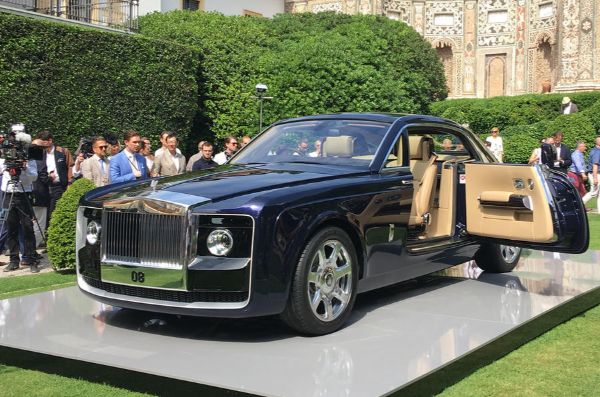 La Voiture Noire means “The Black Car”. The official most expensive car in the whole world is the latest supercar from Bugatti as a homage to its Type 57SC Atlantic, an extremely rare all-black luxury coupe that went missing during the World War II and has never been found. 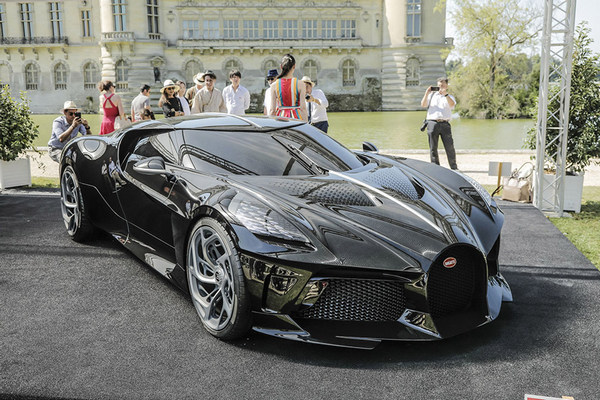 Instead of buying the Bugatti La Voiture Noire, you can buy 42 Rolls-Royce Phantoms

Every single component of the Bugatti La Voiture Noire is hand-crafted and the whole body is made from carbon fibre. It will come with an 8.0 litre 16 cylinder quad-turbo engine that delivers 1500 hp, accompanying a torque of 1180 lb-ft while reaching a top speed of 249 mph. It clears the (0-60) mph in just 2.4 seconds.

The Bugatti La Voiture Noire is one-off so only one person in the world is lucky enough to own it, for a whopping price of $19 million (₦6.9 billion). That money can buy 42 Rolls-Royce Phantoms – one of the most expensive cars in Nigeria, or 152 Mercedes Benz G Wagons, or 633 Toyota Camrys! 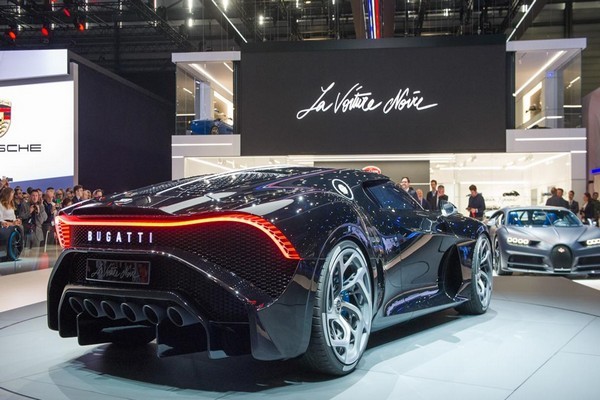 >> The lucky owner of the Bugatti La Voiture Noire is rumoured to be Cristiano Ronaldo, who agreed to buy it right after seeing it’s a sketch and yet had to wait 2 years to get it delivered to his garage.

So, those are the latest updated list of the top 5 most expensive car in the world 2019, we hope you enjoyed it.

We are the biggest free online classified with an advanced security system in Nigeria. We provide a simple hassle-free solution to sell and buy almost anything. Myhomemarket is the best place to sell anything to real people.